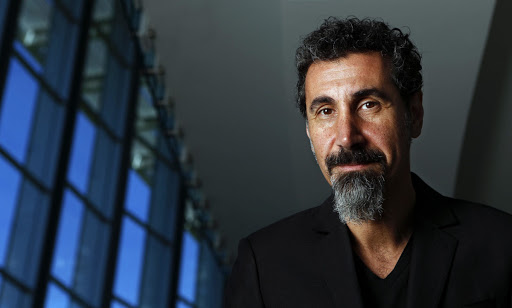 System of a Down singer Serj Tankian was recently interviewed by “Vahe Berberian Live” about politics. You can read some excerpts below.

Serj Tankian said: “There’s not a lot of reasonable leaders left. I was thinking of Angela Merkel being one of the few. Jacinda Ardern in New Zealand, and Nikol Pashinyan, he’s reasonable. But there’s a lot of unreasonable leaders. And it’s kind of interesting because – I hate to put it this way, but if you look at the top 10 countries with the highest coronavirus infections, it’s a lot of countries with unreasonable leadership, or inadequate leadership. And it’s a scary thing to see, how one is affecting the other and how it could affect so many people’s lives, innocent lives taken. It’s a horrible human tragedy in that sense. And there are people to blame, obviously. But that’s not the important thing.

“I think there’s a lot of polarization happening in the United States politically. I think it’s gone really crazy, and it’s dangerous.

John Dolmayan on Serj Tankian comments about Trump: “I hope he was misunderstood”

System of a Down’s Serj Tankian: “If you listen to our music and love Donald Trump, you are a hypocrite”