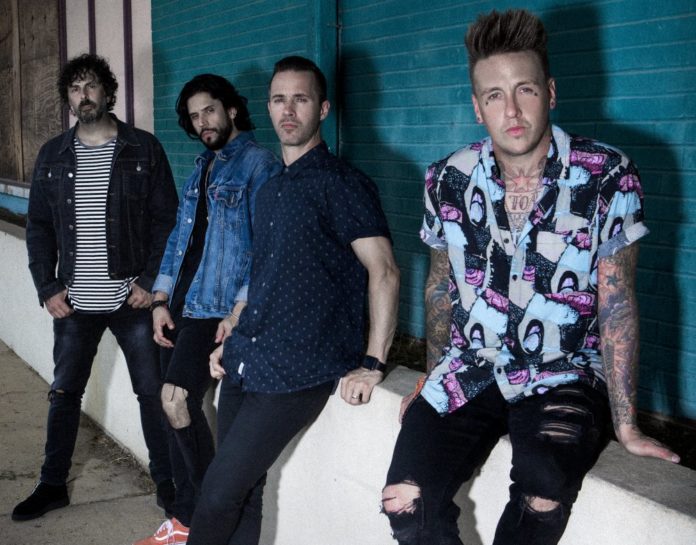 Papa Roach frontman Jacoby Shaddix was recently interviewed by Singapore’s LAMC Productions about the racial unrest in the United States following the death of George Floyd.

You can read some excerpts below.

Shaddix said: “The racial unrest has been here since the beginning of America. I mean, let’s not fool ourselves. It’s been something pervasive in culture and civilization since the beginning. And as humans, we have a responsibility to elevate ourselves in our thought, our minds, how we process our feelings and ideas. Unfortunately, racism exists. I grew up in California, and I never grew up a racist — that was not in my blood. I was always a person that was just, like, ‘Let’s come together.’ And that’s been my spirit since I’ve been a kid”.

He continued: “My heart goes out to the black community because it’s been an uphill battle for them. And we’ve gotta lift our brothers and sisters up — period. And even at the beginning of this pandemic, the president of the United States was, like, ‘Oh, this is a Chinese virus,’ and he was getting all racial with that. And we’re just going, ‘Hey, man, we can’t treat our Asian-Americans like that, we can’t treat our people like that — that’s not how we do it.

“I’m trying to live on a higher resonance of being a human being and just treat people good and treat people with love and respect and kindness. But right now, it’s boring. It’s the African-Americans’ time right now to be heard, because they’ve been screaming for years and years and years, and people keep denying them. And it’s disrespectful. I don’t stand for it. I stand with my brothers and sisters of color, and that’s just it.

“I’ve been praying a lot on this one because I’m trying to figure out my role in society when it comes to this. And I feel like I’m sent here to help bring unity to people and to be a peacemaker. That’s where I stand. Because that’s what everybody wants — everybody wants some peace; peace and some sanity. Right now, there’s just so much division, politically [and] culturally. You could feel it. And it’s a bummer”.

Jacoby added: “The way I look at is I go out in the streets… I went up to the Capitol the other day, and an African-American fellow was trying to take a selfie in front of the Capitol with his fist in the sky. And I’m, like, ‘Hey, man, you want me to take that photo for you, dude? I got you.’ And he was, like, ‘Of course, man.’ And I just told him straight up, I’m, like, ‘Dude, I just need you to know that I love you. I don’t know you, but I love you.’ And he just kind of looked at me funny, like, ‘That’s cool, man.’ And I just feel that if we can find a way to just love and accept each other, that’s just gonna elevate us as a people, as a human race. And I feel that some of us are ready for that, or some of us have been living like that for years, or some people ain’t ready for that.”