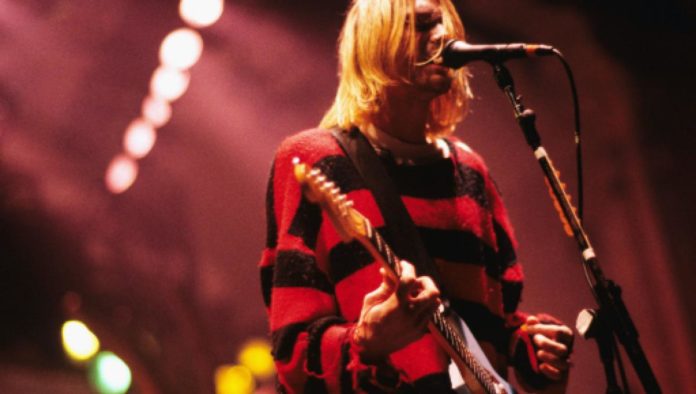 Kurt Cobain distortion pedal (Boss DS-1) was sold for $9,000 at Julien’s Auctions‘ stand which was held on June 19th and 20th in Beverly Hills and online at JuliensAuctions.com.

The pedal was used by Kurt Cobain on stage with Nirvana at the Babyhead Club in Providence, Rhode Island on September 25, 1991.

The pedal has a red ribbon on the bottom to hold it firmly on stage and was accompanied by a letter of authenticity signed by Jeff Toste, a spectator during the concert of September 25, 1991, which states that Cobain was having technical problems during the show and broke the pedal on stage, then threw it into the crowd.

The lucky one was Jeff Toste who managed to take the pedal launched by Cobain.

Also, a few days ago, the guitar used by Kurt Cobain during Nirvana’s “MTV Unplugged” was sold for a record $6 million.