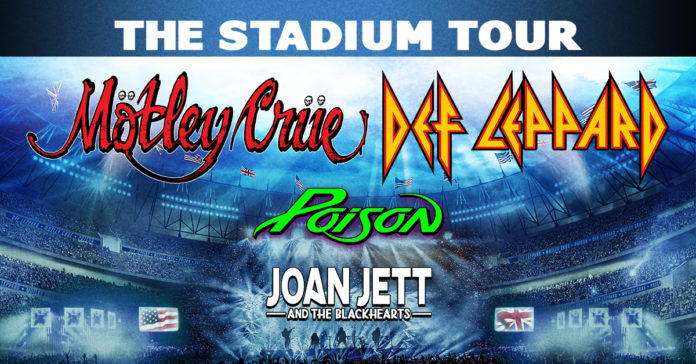 Motley Crue, Def Leppard, Poison and Joan Jett & The Blackhearts have announced the rescheduled dates for their “The Stadium Tour”.

Motley Crue said in a statement: “We are excited to share the new dates for ‘The Stadium Tour’. All tickets will be honored for the new dates. If you cannot make the new show, you will receive an email from your ticket provider or you can visit http://livenation.com/refund. We look forward to seeing you in 2021!”