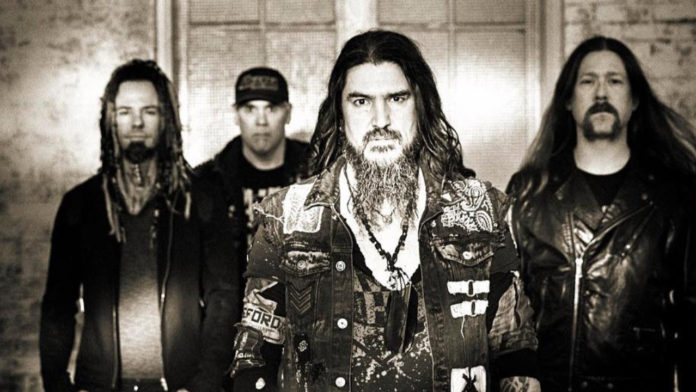 Machine Head frontman Robb Flynn recently received a lot of criticism from some fans for expressing his political views.

This happened above all when he published a post on the band’s website, calling President Donald Trump “the embodiment of everything that I cannot stand in a human being” and “the epitome of New York City, elite, coastal, WHITE privilege.”

Robb Flynn defended himself in a recent interview with Kerrang!, saying: “I post on Instagram a lot. I’ve been very angry about the state of the world, posting pictures and videos of the protests of late. A lot of people support that. A lot of people shit all over it. There’s always a very loud minority who’s in the ‘Shut up and sing!’ category. But I don’t know what they think I’ve been singing about for the last 27 years. What do they think ‘A Thousand Lies’ is about? ‘Clenching The Fists Of Dissent‘? ‘Halo’? ‘In The Presence Of My Enemies’? ‘A Farewell To Arms’? Maybe it’s just dawning on people, but I don’t know what the hell they have been listening to. The politics have always been a big part of Machine Head.“

About if he feels like the metal communities are doing enough, Flynn said: “I’m not a follower of the metal community at large, but I feel like the response has been a little bit quiet. Maybe I’m reading that wrong. I do know that there are a small group of people — younger bands — who are working hard to address it. Fit For An Autopsy just had a ‘We Can Do Better’ campaign — two days of coverage and interviews and an auction to which we contributed, where they raised $60,000 for the ACLU — and it was awesome to see them using their platform like that. Honestly, though, the biggest thing I saw was Taylor Swift clapping back at Donald Trump on Twitter, telling him this is what happens when you stuff white supremacy down people’s throats for three years. I was just, like, ‘Wow! Good for you.'”