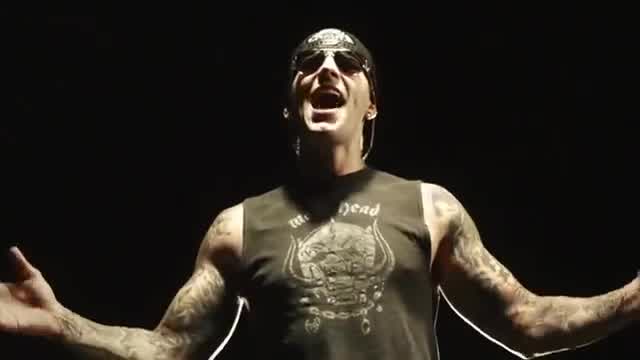 Avenged Sevenfold singer M.Shadows revealed during Revolver’s Point of Entry the song he thinks is best suited to introduce the band to listeners for the first time.

He said: “Usually, to get people in the door that are not deep in the scene, I just show them ‘Hail to the King.’ It’s like, they get it. The next time I see them, usually it’s in their playlist. It’s just one of those things that’s easy.”

He added: “If I want to show somebody a song that I’m really proud of, I would start with ‘The Stage.’ And then, I might show them, like, ‘Buried Alive’ or ‘Exist. But if I’m going to show my band to a guy on the golf course or, like, the guy at Ralphs, I just throw him ‘Hail to the King.’ And it usually does the trick.”