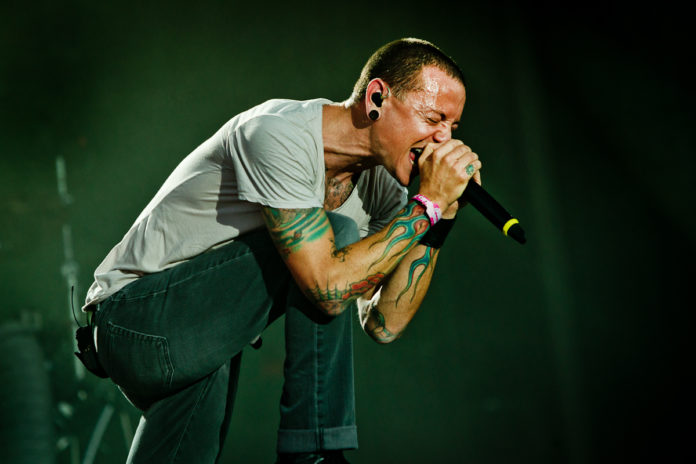 Inside there are several collaborations with many artists including the late Linkin Park singer Chester Bennington.

Mark said: “I was really apprehensive and anxious about — not the creative side, because I really believed in the music that we had put together, but just how it would be perceived and how people would be willing to accept a release from me under my name. So we put out the first single ‘The Truth Is Dead’, and it really got received very well, and then knowing that we had this monster song with Chester that we were waiting to reveal. When ‘Cross Off’ came out, the response was absolutely mind-blowing, man. I mean, I knew it was a special song in and of itself, compounded with the fact, too, that Chester was no longer with us, and it had been a while since people had heard his voice that way. And the impact it had in that moment, it was so heavy to hear from all the Linkin Park world… I got so many messages and so much feedback from Linkin Park fans, thanking me for doing the song and telling me how much it meant to them and what a gift it was to hear his voice again.”

He continued: “Chester had such an iconic voice — really, a voice of a generation in a lot of ways, ’cause he was so unique and so prolific and just such an amazing talent. I could go on and on. Chester was just a really genuine, loving, compassionate, creative, brilliant dude, and I’m just really fortunate to have had the opportunity to write and record a song with him. So when it came out, it was just mind-blowing, man. It was a hit at radio stations, and more important than that, it impacted a lot of people and they let me know it. So I was super proud of it and super grateful to have had that chance.”