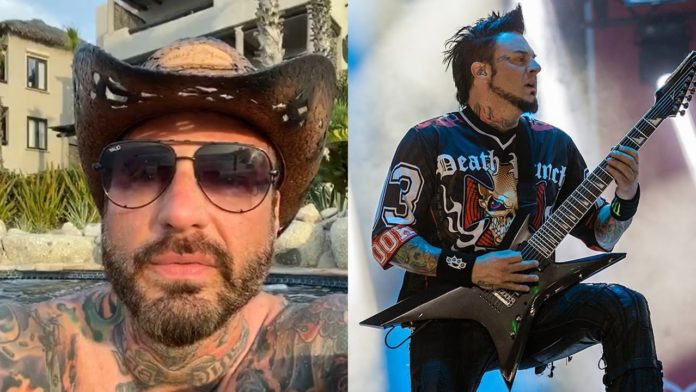 It’s confirmed: Jason Hook is no longer a member of Five Finger Death Punch. Hook posted a video on his Instagram page where he shares details regarding his exit.

In the past few months, band members have shared photos of activities related to the band that did not feature Hook. Jason Hook, nor members of the Five Finger Death Punch, have acknowledged his departure to this day.

In the video Hook also discusses that he has many other projects on the go and hopes to share them with everyone soon.

He said: “I just wanted to say a heartfelt thank you to all of the fans of Five Finger Death Punch for all of the messages you have been sending me for you know what.” He added: “It’s kind of an issue… so I’m not saying anything”

Jason continued “When the time is right, there will be a mutually agreed upon press release between me and my guys and that’s it. I still love my band, the band’s that I grew up with”.

Everything seemed clear when an official photo of the band with a new guitarist appeared on Spotify yesterday.

Watch Jason’s statement below (it starts at 2:20):