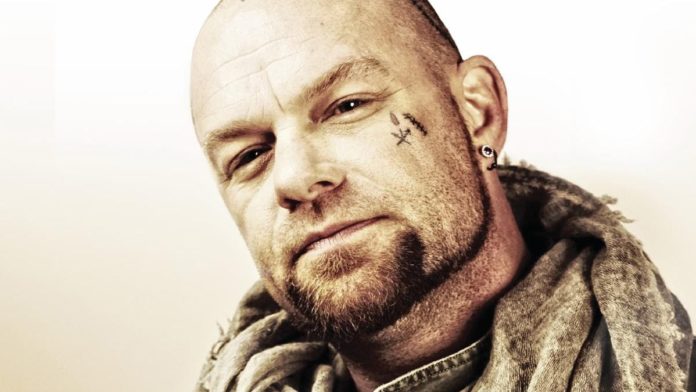 Five Finger Death Punch singer Ivan Moody recently spoke about Tommy Vext in Q&A videos. In 2017 Vext filled in for Moody in 5FDP while Moody dealt with addiction issues. You can read some excerpts below.

He said: “Am I still friendly with Tommy Vext? Friendly? Yes… Yes. Friends? I’m not sure if we ever were anymore. Listen, I’m not going to get to far into it, but I don’t understand people that believe half what they say and say half what they believe. I just don’t get where politics got so massively involved with the kid. I think he got a little taste of it and the love that comes with picking a side and, in my opinion, got stuck. And, I’ve said this actually, that I wish he would just come out and say, ‘Listen, I fucked up.’

“The thing about it is, and if you want the truth, is that… I’ve been friends with Doc [Coyle] and John [Boecklin] from Bad Wolves for almost 20 years… So for me, that relationship goes deeper…. That whole collective, they’re fucking rad people, man. And so when I hear about one of them getting choked the fuck out over something really minor, no.”

Moody continued: “I watched something of him on stage where he’s just going off. [Impersonating Vext] ‘You don’t fucking know, man…’ I’m just like, ‘Play a song! Play a fucking song.’ Write it down, put it into script and make music, which is what people are fucking paying for you to do!”

In another Q&A, Moody answered another question about Vext by saying: “This dude’s a waste of my time, I don’t know why you guys keep bringing him up. He’s more worried about me than I am him… And P.S., the reason I don’t talk shit online, and I don’t need to, is because if I have a fucking problem with somebody, I’ll just go to their fucking house. I’ll show up and we can talk. Really talk… I’ve got no time for bullshit, man, and I ain’t tryna make anyone popular by giving them my fucking yes or no. Suck it.”