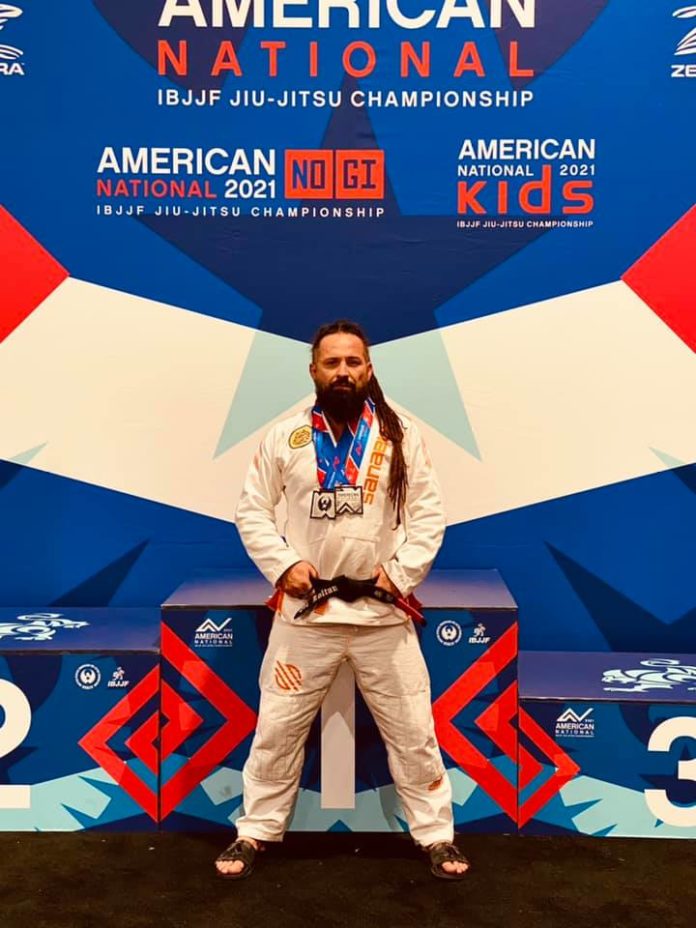 Bathory competed in the Master 5 division in both the super-heavy and absolute division, and came in second in both.

Bathory, who earned his Brazilian Jiu-Jitsu black belt back in March after 13 years of training, wrote on social media: “American National Jiu Jitsu Championship [ International Brazilian Jiu-Jitsu Federation] – Got Second Place in the Superheavy Division – and Second Place in the Absolute Division (which was absolute war) – I love my extended family – this Jiu-Jitsu community where we can fight scorched earth full force – and then after the fight we are back to being best friends… #respect #honor – I had a great time (my broken toe not so much) – thanks everyone I shared the mat with. – and my team Gracie Humaita Las Vegas Team Mica – Mica Cipili”.