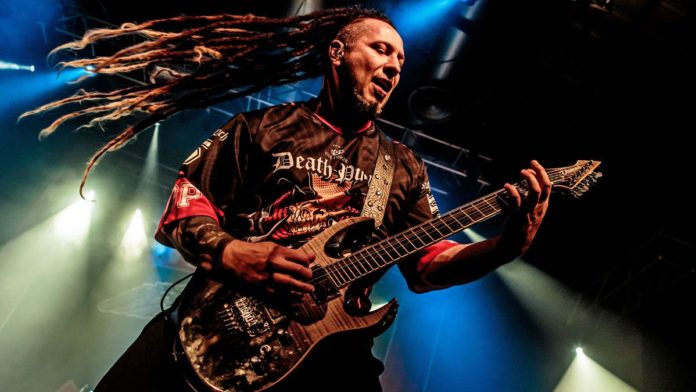 Five Finger Death Punch guitarist Zoltan Bathory in a recent interview with Metal Hammer revealed the 10 guitarists who inspired him.

Bathory said: “I’m a rhythm player who plays with a baritone guitar; those things aren’t really made for shredding. You can tow ships with my strings! You’d lose a finger if you tried to shred too much, so my choices mostly aren’t your usual guitar gods.”