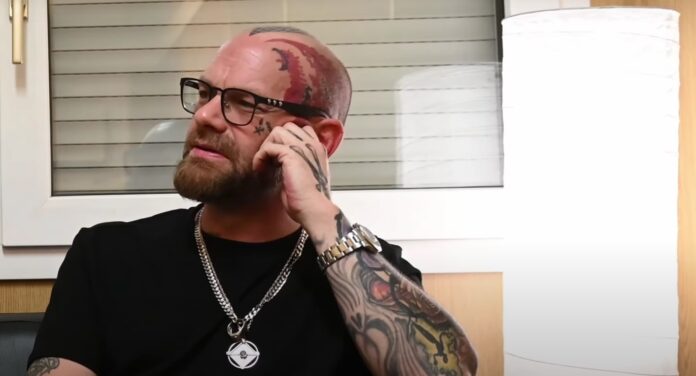 When asked if he feels a connection to the European mentality and state of mind, Ivan said: “Absolutely. Especially with what’s going on in the world right now. I won’t get too political on this, but for me, the idea that you look at music as universal — it’s very artistic. It’s bigger than religion in some ways; it’s bigger than politics; it supersedes all of it. The connection of music between you and the culture out here, it’s just a different — it’s a different world. I love it. In America, it’s a lot about, ‘What have you done for me lately? Have you put out another single? No? When’s the new one coming out? I’ve heard that one 30 times. I want the next one.’ And I hate that shit, because you don’t get a chance to love your own stuff.”

He continued: “I’ve seen W.A.S.P. out here, or Alice Cooper and Judas Priest. Rob Halford is one of my favorites. And they’re playing music that they wrote 40 years ago. And it’s still just as good. And it’s looked at that way out here, where out there not so much. And that’s disappointing.”

When asked if he is optimistic about the world we are living in, Ivan said: “I have to be. I have children. Listen, before I had kids, I would have been the first one to pour the gas on it and light the match. But the reality is having children has opened my soul to an idea, and that idea is that there’s something bigger and better waiting, and we’ll eventually get there, no matter how hard the trials may be. But I have to be optimistic, because if I don’t, then I’m giving my kids false hope. And I don’t think any parents wants to do that. I know for damn sure I don’t.”