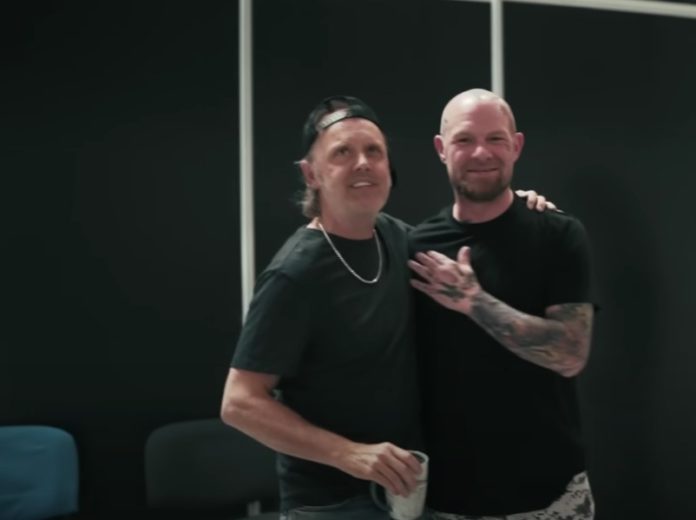 Five Finger Death Punch played a few shows in Europe last month as the support act for Metallica. The band has released the first video in a series that captures moments of the band during the tour, including meeting with members of Metallica.

In the video Five Finger Death Punch singer Ivan Moody says: “Everyone sets goals, as you should. But you have to understand, for us, this is the apex, this is the climax, this is the top of the fucking hill. And it’s amazing to me that we’ve been on tour for almost 15 years and never crossed paths with this band. And I’ve gotta tell you, they paved the road for any of us, and anyone that argues that fact is out of their fucking mind. The one and only Metallica.”