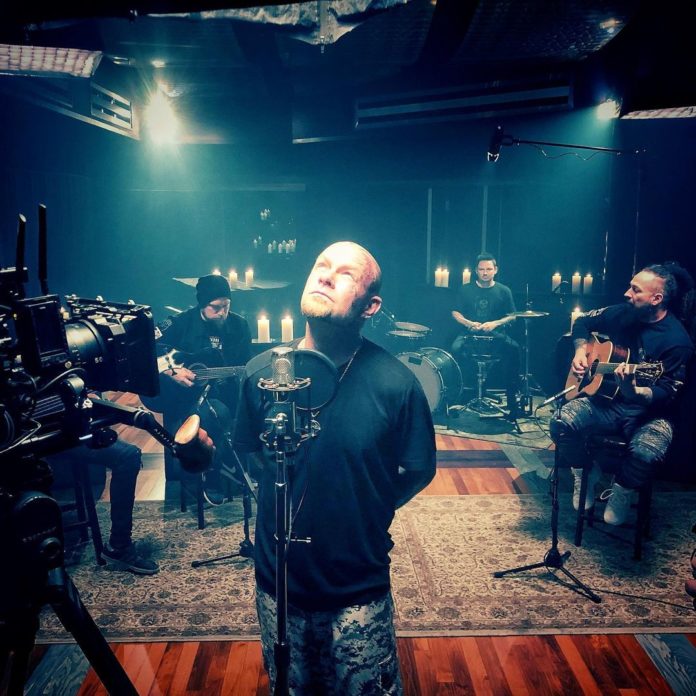 Five Finger Death Punch recorded the new official video for “Darkness Settles In” this week. The song is part of the F8 album released in February last year. Also featured in the video is new guitarist Andy James, who replaced Jason Hook, and drummer Charlie Engen.

The video will likely be released in the next few days. Meanwhile, you can take a look at the photos below: