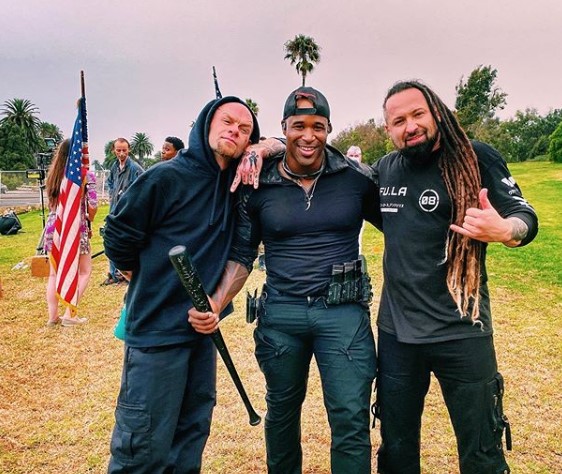 Five Finger Death Punch is filming a video for “Living The Dream”, the latest single from its eighth album, “F8”, which came out in February via Better Noise Music.