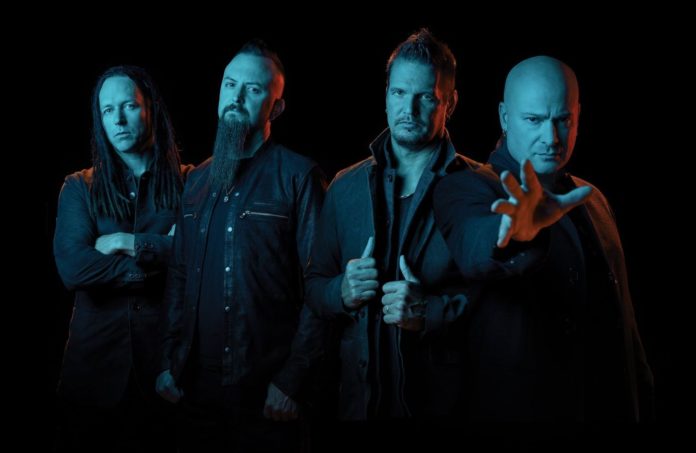 Disturbed has started working on the next album.

Band singer David Draiman spoke about Disturbed‘s plans for the new album in a recent interview with Kylie Olsson of Download Festival TV.

On how he is spending his time in quarantine, Draiman said: “We have a six-and-half-year old boy, so home schooling has been taking up most of the week… But that’s most of the time. The rest of the time, I’m just messing around a little bit with music here and there — nothing crazy. I’ve been having conversations with the other guys in Disturbed about getting some new material going, and we’ve got some stuff in its infancy. One song, definitely, that’s killer in our back pocket; we just haven’t tracked it. And we’ve got a few more song ideas, nothing that’s been hashed out enough.”

David added: “We kind of need to get back into the rhythm of being able to do stuff like this in Zoom format or online as opposed to in person. At least it’s some kind of real-time connection so that you can be creating together improvisationally to an extent, but there’s still issues with audio — it’s not as clear as you want it sometimes, there’s too much compression and you lose level; it’s a challenge — and the vibe isn’t there. There’s nothing that replaces you being in front of your co-songwriter and being able to feed off each other’s energy and create in person.”