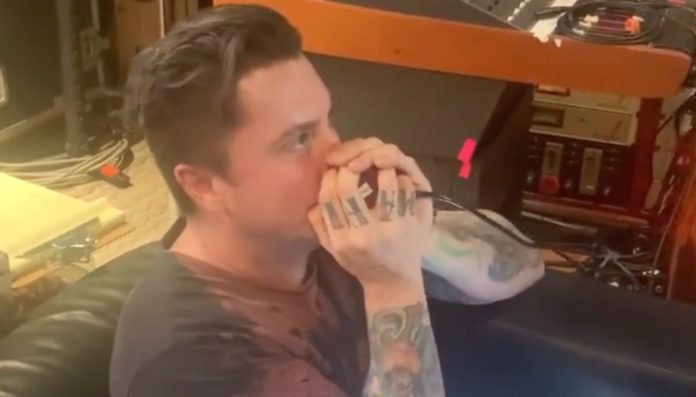 Avenged Sevenfold vocalist M. Shadows recently revealed that he is in the studio recording vocals for the band’s new album. Now the frontman has let everyone know that there might be beatboxing on the new album, or it just might not be there and he’s trolling everyone.

Below you can see the video from the studio:

Avenged Sevenfold’s M.Shadows: “In the past I thought The Offspring were sellouts”