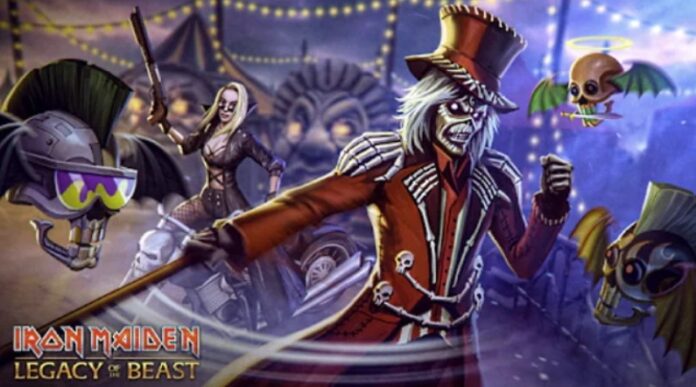 Iron Maiden‘s free-to-play mobile game Legacy Of The Beast has announced another major collaboration, this time with Avenged Sevenfold.

After several collaborations with bands such as Disturbed, Five Finger Death Punch, Arch Enemy, and others, Legacy Of The Beast is excited to immortalize Avenged Sevenfold‘s iconic logo in the game.

This collaboration culminated in a dungeon event called “Nightmare Carnival.”

Earlier this year, Avenged Sevenfold‘s Deathbats Club held an exclusive contest to have their character appear in the “Legacy Of The Beast” game. As a result, 25 semifinalists were chosen, but only three were turned into playable characters.

Singer M.Shadows said: “It’s important to us to continue to bring exclusive unique opportunities to our ‘Deathbats Club’ members, so when Iron Maiden and Navigator Games reached out, we were stoked to work with them on a unique concept for ‘Legacy Of The Beast’. I loved seeing our fans stoked on the chance to have their custom Deathbat NFT being selected out of 10,000 and then brought to life in Iron Maiden’s game. What a cool experience.”

Avenged Sevenfold’s M.Shadows: “The Stage will continue to grow and stand the test of time”